Leh-Ladakh is India`s largest harsh ecological district of more than 45,000 square kilometres where means of livelihood is restricted to agriculture for only one short season of five months in summer with glacier recharged water in the lap of the Himalayas and livestock rearing. The soil is sandy to sandy loam and retains little water. Under such situations, the presence of dodder (Cuscuta spp.) has shown its invasiveness with the successful entry in the cropped areas like alfalfa near Salix trees. Its existence is a major threat under the sparse and rich Himalayan biodiversity of the cold arid region. The recent case of its existence has appeared in alfalfa for the last 5 years regularly, the only fodder crop of the highland farming community is under threat and reducing its total biomass productivity near deciduous tree species. Control of field dodder requires a systematic approach of the integrated protection program that begins with its monitoring in crops, as well as ruderal areas, adequate crop rotations, a variety of preventive measures and physical removal, the use of tolerant cultivars and biological agents, as well as treatments with herbicides when the problem cannot be solved any other way.

Parasitic weeds belong to a group of plants that have lost their autotrophic way of life and use their haustoria penetrating into the vessels of host plants for water and nutrients and resulting disadvantage of their host plants (Kroschel, 2001). These weeds have evolved specificity against crops and plants in the natural vegetation. Amongst the parasitic weedy plants, Cuscuta spp has a very low host specificity and can parasitize different host species simultaneously especially dicots- a preferred host as well as some grasses. It is a genus of about 100–170 species of yellow, orange, or red (rarely green) parasitic plants. Formerly treated as the only genus of the family i.e., Cuscutaceae, but now accepted as the family member of Convolvulaceae. There are over 150 species of dodders (Cuscuta spp.) worldwide. A member of the Convolvulaceae plant family, dodders are annual parasitic plants that reproduce by seed. They do not have any leaves or chlorophyll to live from, and must therefore obtain all of their growth requirements (water, minerals, carbohydrates) by attaching themselves to other living green plants (host plants). Host plants include those grown for agricultural purposes, ornamental plants, range plants, and weeds. In Ladakh, Cuscuta (also called dodder, Amarlata, Amarbel) with synonyms as Anthanema capitata, Cuscuta rosea have been documented parasitizing Ladakh only demanding fodder i.e. alfalfa (Medicago sp.) which is growing every year if planted once. Dodder flowers range in colour from white to pink to yellow to cream. Some flower in the early summer, others later, depending on the species. The seeds are minute and produced in large quantities. They have a hard coat, and typically can survive in the soil for 5–10 years, sometimes even longer. Non-cropped land is always referred to as a breeding ground for these types of weeds other than crops cultivation, like roadside, rail track sides, wastelands, Nallah sides and banks of streams and rivers. Strict monitoring is required in the case of all parasitic weedy species. Non-cropped areas refer to a Ladakh barren ecosystem where biodiversity is very poor and these grounds may be the next station to these invasive and parasitic weedy plants. These in future may pose a serious threat to very important wild relatives of domesticated crops, spices, medicinal plants etc, which constitute Himalayan floral diversity and the impact thereon to wild lives too.

Immediately after the germination of host plants, it starts wrapping itself around it like a snake and also reported that if the host crop contains food beneficial for this parasitic weedy dodder, it immediately produces haustoria that insert themselves into the vascular system of the host with the original root of the dodder in the soil then dies. It can attach various plants when finally attached through haustoria. In a temperate region like Ladakh, its presence shows its diverse nature of getting adapted to a region where the diurnal temperature fluctuates to a significant level. Still, its seeds and plant partly remain alive as annual and during congenial climatic conditions, is restricted to relatively low vegetation that can be reached by new seedlings each spring. It is parasitic on a very wide variety of plants, including several agricultural and horticultural crop species, such as alfalfa, potatoes, chrysanthemum, among others. In Leh, there are many host plants for dodder as under given situation, between volatiles released by the preferred host tomato and the non-host wheat, the parasite grew toward the former. Alfalfa is a major fodder crop of every household for livestock in the highland region like Ladakh. Dodder ranges in severity based on its species and the species of the host, the time of the attack, and whether any viruses are also present in the host plant.

Although Cuscuta is neither toxic nor unpalatable to some livestock it weakens the host plants and as a result of its infestation, yield, quality, and stand of host plants are reduced significantly. If infestation is severe, then it seriously impacts the host plants. In Ladakh, it has been observed that alfalfa stand reduced from 7 plants to 2-3 plants in a fixed quadrate of 50x50 cm and reduced the yield by 50-70 per cent. Although, in Ladakh, its severity of infestation is very less if not contained, might develop an area of infestation and might reach the tree and shrub species like Salix, Poplar, seabuckthorn, Mericaria, Rosa webbiana etc.

Total stem parasite –Cuscuta species has been observed in Chushot and Thiksey belts of Indus plains on alfalfa and soon expected to attack onion family members especially wild relatives of the region. These are some of the semi-parasitic weeds which partly depend on the host plant and partly on their own as seen in Cuscuta sp. This parasitic nature is referred to as Crop-bound. It has been reported that the Cuscuta plant is always attached to the host crop plants starting from the germination of host plants during which its radicles get attached to the roots of host plants, then produce and synthesize food materials but they take water and nutrients from the host crops for their food and survival. They are also called “obligate shoot/stem-parasite

Many institutes and organizations from various parts of the world have explored the Ladakh region for biodiversity and wild relatives of crops. In the cycle, few workers have worked out for many plant species. In the process, it was recorded that the Cuscuta family have also been recorded in cropped and non-cropped situations. Kilmes and Dickore, 2005 revealed that Cuscuta campestris Yunck was noted in Dha-Hanu village as a parasite on Artemisia siversiana. The nearest localities reported from Hazara and Ghizar, Pakistan (Rajput & Tahir 1997), the nearest unpublished record is from Gilgit-Jutial (leg. Dickoré). Cuscuta planiflora was observed on Physochla inapraealta, Lonicera spinosa, Stachystibetica plants. It has been reported from places like Domkhar Yogma (village) upper part (3350-3390 m), Thangros (village) to Domkhar Gongma (village) (3650-3750 m), above Domkhar Gongma (3760-3810 m), Khargog (3930-4040 m), Skurbuchan (2920 m), Achinatang(2890-2910 m), Achinatang gorge (2880-2980 m), Achinatang valley (3400-3490 m), Achinalungma (3500-3590 m), Broglau (3810-3920 m), Beema – East part of the village (2780 m), Beema – West part of the village (2780 m), Dha – South part of the village (2750 m) (Klimes& Dickore, 2005). Stewart (1916) reported Cuscuta capitata Roxb. On Galium in Barso Valley and Cuscuta europaea L. in Indus Valley up to 11,000 ft. altitude was found. It was declared that the species which J. L. Stewart (1916) reported as common under the name C. Planiftora Tenore is probably this one.

The present samples were collected from Chushot and Thiksey villages of Leh-Ladakh district of Union Territory. Cuscuta was found to infested alfalfa fodder crop seriously and for the last 5 years, it is under observation and reported that it is being noted regularly every year around either alfalfa or Salix tree.

Cuscuta approximata dodder is a species commonly known as alfalfa dodder, native to Eurasia and Africa. The dodder is of light yellow to orange-red straw wrapped tightly around its host alfalfa plant. It reproduces by seed, with each plant capable of producing over 10,000 seeds at once. This plant is a weed of alfalfa, clover, and tomatoes, as well as other crop plants and native flora.

Table-1: Cuscuta relatives and their uses

The susceptible and threatened species in Ladakh have been mentioned in Table-2.

Looking to the lethargic nature of Ladakhi farming community, it is an alarm for the subsistence agriculture of barren ecosystems like the cold arid region where only 5 months period provides a livelihood for even 7 harsh months too. Under such circumstances, it is required to initiate the action plan against this parasitic weed including invasive species entered in Ladakh accidentally. Eradication of noxious weeds like Cuscuta must be carried out by hand-pulling first if the infestation is confined to a particular point of crop/ shrubs and if identified at the preliminary stage or it is location-specific. The process of hand-pulling/ hand weeding of Cuscuta should be started when this weed is small and limited in growth and spread. Proper monitoring of the fields for newcomer weedy species should be done to understand the nature of weedy species. This is the best observation and action to start to limit the infestation in crop/ shrubs particularly in a region like Ladakh where a small amount of vegetation matters for maintaining their environment and biodiversity. There are several herbicides to manage this parasitic weed in crops. 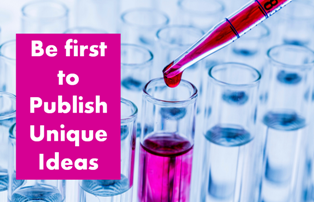